We have all heard or have seen the words, “Be kind, everyone is fighting their own battles.” And yet, as Carolyn Myss so aptly pointed out, we still see others as guilty, and we are innocent.

How the battle rages in each and everyone of us, and how hard we work to keep the illusion alive by pretending it isn’t hard, it isn’t scarry, and it isn’t always a state of unknowing.

I deal with my own struggles daily. Bi-polar, dyslexia, depression and a myriad of smaller self created challenges that I attempt to navigate through the video game of the matrix we live within.

Existential angst, is the best term I have sellected to describe the daily self impossed impediment to just accepting the reality that life allows me to create before me. Some times I forget that I have the choice to alter my perception, thus altering my outcome, and release the expectations I may hold for myself in any given situation.

I used to, at another point in my experience, spin down the rabbit hole of depression and anxiety. Having no clue as to what the next movement, in the orchestral composition of my life is asking of me. Sometimes, this would last for months. Now, at most a day.

Each of the me’s, I have been throughout my life, has had to choose to continue even in the face of annihilation. I have grown accustomed to the game of unfolding growth, and the request for a new way of seeing the present circumstances. My modus operandi, to be Quixotic, in my approach.

For the most part I do this well. And at other times I crash and burn. Each time learning just a little more, giving me knowledge and experience to call upon the next time the same type of situation shows itslef in my life.

I am learning to adapt to the world in a new perception. One that allows me to step further into the realm of superposition possibilities. Knowing that the external world is my playground, as it would not exist, if it weren’t for my perception of it. Many believe it is the other way around. That the universe is a force for us to reckon with, not, it has to rekon with us.

If I truly rely on my ultimate superpower, the combination of thought and emotion, as a creative expression of accepting nothing other than what my mind sees as the outcome. The universe, truly, can do nothing but comply to the vision held. As the adage;

“Truly I tell you, if you have faith as small as a mustard seed, you can say to this mountain, ‘ Move from here to there,’ and it will move.”

I have started to change my words in certain situations, not perfected yet, but a practice. As the statement I made above; “At another point in my experience.” Has replaced any statement to express a passing of time, as time is a construct of my perceptual field interacting with the accepted agreement that time exists, even though it has been proven to “kind of” exist, when we want it to. It is not a set reality. That has been proven enough for me to not interact with time in the way I was tought.

The same goes for space. Space-time has been created for us to experience the 3d realm we have projected ourselves into. It is not reality. It is a Holo-deck created for the experience of human perceptual stimulus reception. Science has shown us that through our senses, we percieve very little of the known universe. We were designed to work within a certain set of peramiters, non of which have to be finite.

As I choose to release myself from the struggle against the current of what life and I places before me. I can then choose, with emotionally driven acceptance of the outcome, that life can unfold in ways I have yet to truly accept.

But I know those ways are out there… and I will surpass the past evolutionary consciousness of normal, and in time, fly within the harmonic cosmic currents that bind the vibrational octives and frequencies of the etheric realms we have available to us…

3d is not the end game. It is time to raise the bar to the frequency of Love. The golden mean ratio of 1.618… the ratio of life in which there is no beginning or end.  This is how we change the world…

And the journey continues…

Blessings ,Love and Light to you and those you hold dear. In your hearts and in your shadows. 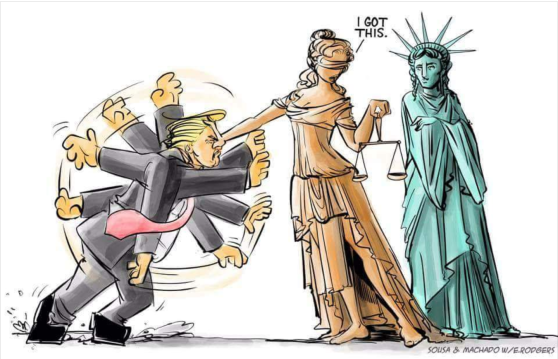 So I read today about a bill put forth in Congress, it is the bill that will kill not only our educational system, but working to continue the path of creating unhealthy children.

Choices in Education Act of 2017

This bill repeals the Elementary and Secondary Education Act of 1965 and limits the authority of the Department of Education (ED) such that ED is authorized only to award block grants to qualified states.

The bill establishes an education voucher program, through which each state shall distribute block grant funds among local educational agencies (LEAs) based on the number of eligible children within each LEA’s geographical area. From these amounts, each LEA shall: (1) distribute a portion of funds to parents who elect to enroll their child in a private school or to home-school their child, and (2) do so in a manner that ensures that such payments will be used for appropriate educational expenses.

To be eligible to receive a block grant, a state must: (1) comply with education voucher program requirements, and (2) make it lawful for parents of an eligible child to elect to enroll their child in any public or private elementary or secondary school in the state or to home-school their child.

The bill repeals a specified rule that established certain nutrition standards for the national school lunch and breakfast programs. (In general, the rule requires schools to increase the availability of fruits, vegetables, whole grains, and low-fat or fat free milk in school meals; reduce the levels of sodium, saturated fat, and trans fat in school meals; and meet children’s nutritional needs within their caloric requirements.)

Basically, this will eradicate the separation of church and state. Taking public monies and allowing it to be used to send children to Christian Schools. No questions asked. Also, states like Texas, where the population is so full of fear and pride, the must carry an assault rifle to pick up a loaf of bread. Get to rewrite the school book curriculum to dumb down the children so they can’t grow past the level of consciousness of the adults, because of course, they are the only ones who know what is right. Whether they are alternative facts or not.

Also, if you read to the bottom, it will eliminate healthy food programs for the children in public schools. So giving the power back to Monsanto to poison the next generation, but only if your one of the multitudes that will be going to public schools. I’m sure that the private schools will still feed their children real food.

How can anyone watch what is happening and not be besides themselves, watching the dismantling of our country?

We are going to sell our public lands and national parks to the highest bidder. We are throwing away any integrity we may have had with the sovereign nation of the Dakota Sioux.

The United States, almost dead last. We are the only major industrial nation without an energy savings plan. We rank 13 out of 16 in the 2014 International Energy Score card. Pretty dismal for supposedly being the world leader and super power.

And in the midst of this catastrophic moment in time, I am reminded to hold Love for the world and all those who walk upon her shores.

To see the fearful, and bless them to grow past the blinding, False Evidence Appearing Real, (FEAR). All of this is being orchestrated by those with the most. Don’t believe me. Just look at the new administration’s cabinet. The lies, the deceit the creating of fear in the hearts of the men and women of our once great country.

I will spread my heart to those locked in the belief that this is the way we need it to be. I will spend every day making sure I assist those walking in darkness see the light. And those who are choosing to create darkness, I will light them up like the sun.

The pride of our president and the Christian alt-right pushing equally destructive unloving or caring agendas, will be the asking, what happened when, just as at the base of Mt. Sanai, dancing pridefully about their gold and superior nature, when the earth opened up to swallow the lot of them.

Pride is deceitful, intoxicating, and sin-breeding whether found in an individual, a group, a race, or a nation. It is literally true, “Pride goes before a fall.”

The narcissistic society that has been allowed to perpetuate within our country is what this quote was originally created for, almost 100 years ago it was written, and now we are witnesses to it truly being lived out.

I will hold the calm and peace of a new way. But never forget, just because I am peaceful doesn’t mean I do not have the ability to fight.

Project your light and peace into the prideful darkness of our time. For it is the only force that will truly stand the test of time…

Blessings, Love and Light to you and those you hold dear. In your hearts and in your shadows… 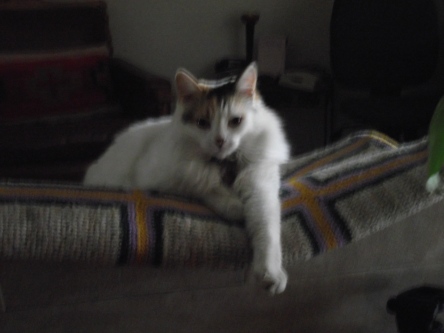 I knew all too well that the time was coming…

I found her walking through PetsMart one day… The Humane Society had animals for adoption there. She was in a tiny 2’x2′ box with glass.All fluffy white with tan and black accents, and tiny. I knew it was time. Our last cat, (Bungie), before Megan, had disappeared about 2 years earlier. It was time for another kitty, and Megan was the one.

I brought her home to a welcome of love…