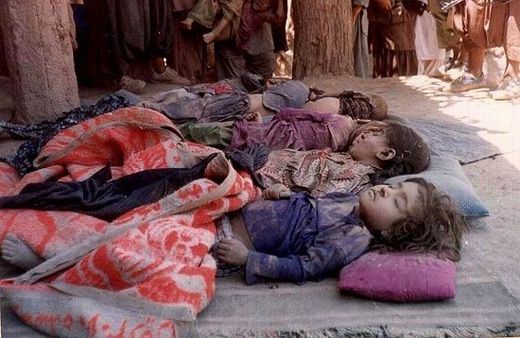 Pray for those who must endure the weight and the pain of an uncaring world… lets watch more war movies and then wonder why we are so desensitized to these images, and think nothing of what is going on in the world… Yes download another game app, to keep us occupied while we do nothing. The perpetrators of this, the soldiers, the drones, the bombs. those who pull the trigger,  they are also living in their own hell. How can we say we believe in a merciful God, and then act out such hatred and aggression. Like the Bob Dylan song, “With God On Our Side”,

“I’ve learned to hate Russians (Replace with any Ethnic Culture)
All through my whole life
If another war comes
It’s them we must fight
To hate them and fear them
To run and to hide
And accept it all bravely
With God on my side.”

I pray for the soldiers too… I have been to combat, And I know the process of being taught to see other human beings as worthless. Everyone involved is responsible, even us, way far away, We play the role of the witness.

Ask everyone you know why we do nothing… Maybe we as a nation will care enough to change the world, for we, as we are told, are the most powerful nation in the world. And we sit, eat McDonald’s, watch TV and do nothing… Not all, but many.

One thought on “Pray for all… Victim, Perpetrator, Observer and Witness.”